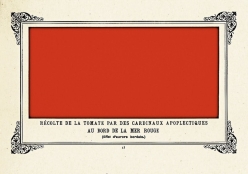 Exercises for all five fingers.

Gymnopédies was the name given by composer Erik Satie (1886-1925) to three piano pieces published in Paris in 1888. The name alludes to a form of dance from Ancient Greece. However, far from seeking to extol movements of the body, Satie’s stated intention with these compositions was to produce ‘wallpaper music’. The music should invite listeners to pay attention to the environment around them without differentiating between the notes coming from the piano and the other sounds floating around the concert hall.

Hence, Satie introduced a mechanism into musical composition that would become fundamental to modern art and literature: questioning the division of what can be sensed, using strategies which underscore a quality that, in the continuous flow of life, ends up hidden, simply ignored or automated by inertia.

With this in mind, the programme titled Gymnopédies brings together guests from various professional fields to enquire into everything which, in our time, is hidden beneath categories such as production, work and creativity. These notions—omnipresent in the most diverse speeches and businesses in the modern world—manage to go unnoticed because they are right before our eyes, just like Edgar Allan Poe's famous purloined letter.

Using Satie and his body of work as a paradigm, these exercises for all five fingers underscore everything that moves against a barely visible backdrop. There is much we can learn from producing something specific (a composition, a computer programme, a piece of furniture or an athletic demonstration) and from questioning our distinctions between mechanical and reflexive processes, or between professional categories and divisions of what can be sensed.

The project is based on conversations, concerts and presentations about various initiatives and journeys. Using these, we will try to better understand how musicians, IT professionals, sportspeople, choreographers, surgeons and other professionals coordinate their resources to meet their goal of performing a task well.