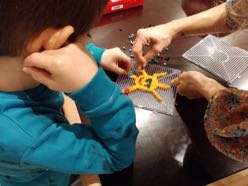 The Concrete Flux collective published its first journal in 2013, Beijing; the focus was the city’s hyper-fast emerging urban spaces and residents’ everyday experiences of it. Since, Concrete Flux has become a long term research project and platform for the discussions on micropolitics, transgressive praxis, community and non-Western centred inquiries into the urban. An ever shifting group of writers, visual practitioners and undisciplined enthusiasts, the collective has hosted performative meals, talks, workshops, exhibitions.

The Concrete Flux journal is a consciously bilingual project with all content published in Chinese and English, disseminated online and in print.

Three years after its initial conception, Concrete Flux is a sustained exercise in ‘aesthetic journalism’. The Italian curator, Alfredo Cramerotti first used the term ‘aesthetic journalism’ to describe what he saw as an investigative turn in contemporary art. Concrete Flux have become increasingly engaged in imagining new possibilities and implications of an aesthetic journalistic praxis: its processes of translation, mediation and circulation of visual culture. As community we ask: how can such a praxis, with its oblique ways of operating, help us see through already saturated perspectives? Artistic research, design and writing are not substitutes for politics: they are legitimate forms of creative expression in themselves.