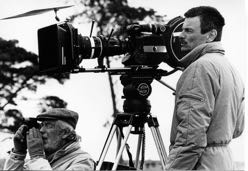 According to the British critic Frank Kermode, one of the basic conditions for a work to reach the "classic" category is the degree of "patience", or timelessness, that the text has. That is to say, the ability for successive generations, beyond the author's contemporaries, to take interest in the text and find reasons for identification and interpretation therein. That reflection is relevant when considering a filmmaker like Andréi Tarkovski, whose work has not ceased to be shown on a regular basis in cinemas around the world since he passed away in 1986. Throughout those 32 years, the audience has changed completely, as too have the historical and social circumstances under which the members of the audience have received his work. Nevertheless, the work of the Russian filmmaker has survived among the new audiences with a certain timelessness and capacity for provocation and questioning that are rare in other modern filmmakers. These thirty years have put Tarkovski in a certain position, let's call it the position of the classics. It's a position that makes everyone have an opinion about his films, even without having seen them. And yes, indeed, his films are still patiently fostering –as Kermode would say– angles, meanings and connections that we must interpret as our own from the present-day context. They have inspired doctoral theses and musical compositions, but also videogames like S.T.A.L.K.E.R. by GSC Game World and literary creations that oscillate between essay and poetry, such as Zona by Geoff Dyer.

Having said that, the sanctification of filmmakers does not lead to anything good, not even for the filmmakers. In his recent visit to EQZE, a visit that was brought on by the first session about the Lost Lessons, Andréi Andréievich Tarkovski, the son of the filmmaker, warned precisely of the risks of hagiographic, simply uncritical interpretations of his father’s work. Succumbing to such reductionism only brings us further from the work's true purpose. For that reason, chronologically retracing Tarkovski's repertoire and putting it into perspective with other contemporary films, even works whose only similarities are faraway echoes or incidental remembrances, is a way to lower Tarkovski from the marble pedestal and bring his legacy back to life. The only way, really, to be true to his work, to not assume immutable canons and to revendicate ourselves as spectators. That is the true patience of the classics and the aim of this programme, which starts in January and which will lead us into the second "Lost Lessons" session scheduled for the spring.

This is a game. As Carlos Mugiro points out, we propose a dialogue –sometimes direct, sometimes peripheral– to note references, similarities and echoes between the works of the Russian director and other contemporary films.