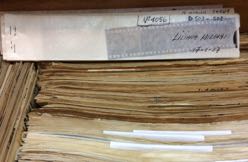 A shadow is produced when light is interrupted by a material, dense and opaque body. When the body interrupts light, it casts a profile, a contour.  The shadow is our first mirror. Our primitive mirror. The shadow contains our other ego, the one of the other side.

The shadow land, where we live unwittingly, can only be accessed through circular mirrors and our body is the trap that stops and captures light.

During the Renaissance when the artist emerged as an individual being, when the artist moved beyond being an artisan to a pagan, nearly shamanic place, of communication with the hereafter, not with God, but rather with the parallel region which is on a par.  The figures in the paintings began to contain shadows.  The terrestrial objects occupied space. They established a system where the image, the painting, has power over the viewer. The image is a phantom that can possess the pneumatic system (spirit) of the viewer.  We then fall in love with the image of the object, not the object. Thus, love belongs to the world of images, and the mirror and our bodies move together through this work.

Alicia D’Amico’s work can be divided between light work and shadow work.  The bright work is the best known and international and it contains many artists' portraits.  The less known part, the dark side, portrays love. Lesbian love of the 1980s and 1990s conjures it up.

This paper reflects the research carried out by María Laura Rosa, the art historian, into the archive of Alicia D’Amico, the Argentinean photographer.

Alicia D’Amico (1933-2001), the Argentinean photographer and feminist activist, was one of that country's most important artists within that medium.

However, her activism in the struggle for the rights of Argentinean women has barely been studied.  D’Amico was a founding member of the Argentine Feminist Union (UFA), along with María Luisa Bemberg, another important filmmaker. She also helped to found the Lugar de Mujer [Women’s Place], a pluralist space set up just month prior to the country's return to democracy (August 1983) and which welcomed women from across the political spectrum and feminists and non-feminists alike. Activities, workshops, art exhibitions, film screens and debates were held there and which would impact Argentinean feminist creative production.

We are therefore offering an audiovisual where magic is used to introduce an amorous image, in the collective and personal unconscious, with a pagan and own ritual.  We follow the few indications that D’Amico left written on all the undeveloped negatives and we follow the clues in search of women whose bodies occupied a space in art.