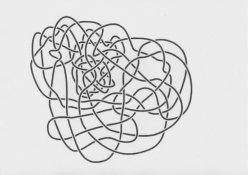 What have play, look, tell, sing, draw and write got in common? This the question that the anthropologist Tim Ingold throws us in a test that has just published titled Líneas: una breve historia (Gedisa, 2015). Ingold argues that the human beings do lines by means of every word, gesture and tour that they effect, and that these lines are the responsible about whom we could think jointly to all these seemingly independent actions. The line works as a perfect metaphor of any movement. Nevertheless, this program interrogatesof what happens when these lines are so numerous that they end for turning into knots and the problems that appear have his way of being an individual in this accumulation, overlapping and interwining.

The modern stimulants (coffee, sugar, tobacco and cocoa) occupy the center of the activities and programs developed from the area of artistic Projects in Tabakalera in the period of 2016-2017, Stimulants: circulation and euphoria. The distances of these goods form a thick network of complex relations, a universe mike and macrocospic where the body, the economy, the thought, the taste, the geography or the history get tied up.

In collaboration with Ubik arises the program of interventions Knots, a space to propose to diverse professionals of the visual arts, the cinema and the literature, the selection of five documents and/or objects that form a part of the funds of Tabakalera's creation library. The guests will plan a tour between different materials selected in the funds of the institution.

May, 12: German Sigwald. Writer. Author of the book Yo fumador.