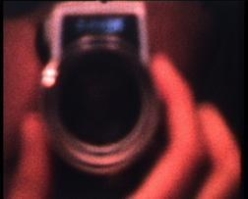 EN Esnorquel is the daily portrait of a group of young people living in a village in the province of Entre Ríos. Music and first loves are spread during the summer and popular festivities.

EN Manuscrit a la ciutat is a portrait of the city of Buenos Aires that starts from a personal experience: a trip in search for a life away from home. This film is not a record of the city, but an approximation to the everyday life seen through a poetic look.

EN On a Sunday morning, Ana wakes up in a house without her mother. She is alone with her sister Violeta, often strange and very playful. The mysterious fraternal relationship in the border between rivalry and complicity puts track in the siblings and helps them grow up.

EN A girl from a very religious family seeks about her own paradise.

EN Queralt, a painter from Barcelona, tries to talk to her daughter Gemma on the phone. Gemma is starting a new life in Athens, in a studio where she paints and lives.

EN In her escape, M. takes refuge in an abandoned house. Amidst the echoing sounds of her efforts to get adjusted to the place, she distinguishes footsteps outside that prompt her to open the door. A fortuitous visitor, who will become her shelter companion, steps into the house.