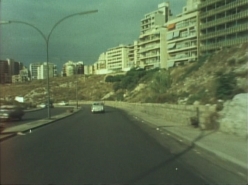 "What is propaganda?" asks a Popular Front for the Liberation of Palestine activist at the beginning of the film. "Armed struggle is the best form of propaganda", he replies a few seconds later. This reflection gives rise to the revolutionary ideas of a work that is nothing other than what its title promises: a declaration of world war against imperialism.

The hijacking of several planes in 1970 serves as a starting point to unite the causes of two armed groups, the Popular Front for the Liberation of Palestine (PFLP) and the Japanese Red Army (RJA). Through the form of a newsreel, the film reveals that the only solutions the two organisations envisage are the call to arms and fraternity between the different revolutionary forces of the world. In this guerrilla diary seeps the landscape theory of Masao Adachi (AKA: Serial Killer), who, after directing it, abandons filmmaking to join the Red Army for 28 years.

With a machine gun in one hand and The Internationale in the other, with a will far from heroism and a hopeful outlook, the first point on our map is Palestine. Thus we begin our mapping exercise, which will travel through different armed insurrections around the planet in order to dialogue from the present with the ideals of these struggles.

Opening film of the film series Arming the camera: Cartographies of a committed cinema, curated by the Curating students at the Elías Querejeta Zine Eskola.