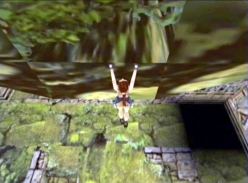 No Masters: Animation and Appropriation in the Work of Peggy Ahwesh

In 1989, Tom Gunning named Peggy Ahwesh as part of a new attitude in US experimental film that he saw emerging out of the ruins of the heroic, modernist avant-garde that had prevailed in the 1960s and 1970s. He called this a ‘minor cinema’ after Gilles Deleuze and Félix Guattari, for whom ‘minor literature’ entails a refusal of mastery, a celebration of marginality, and a repurposing of the detritus of dominant culture. This lecture will address how Ahwesh’s ‘minor cinema’ persists and transforms in the twenty-first century in relation to digital technologies, exploring the artist’s exit from the cinema, her interests in appropriation and computer animation, and how these intersect with her longstanding commitment to feminist politics.

In these sequences re-edited and compiled after months of playing with Tomb Raider, Ahwesh transforms the video game into a reflection of identity and mortality. By changing the rules of the game for artistic creation, Ahwesh translates Tomb Raider's cinematic aesthetic to the foreground, while shying away from the pre-programmed "mission" of its heroine, Lara Croft. Beyond her implicit feminist critique of the problem of female identity, Ahwesh extends the dilemma of the incitement to Croft's crime to that of the individual in an increasingly artificial world.

Repurposing footage lifted from an animated news outlet on YouTube, The Falling Sky is a cautionary tale about human foibles increasingly out of alignment with the forces of nature. The video offers a poetic tour through our dense cultural landscape, driven by the gods of the tumultuous sky. The daily bombardment of fragmentary information, discoveries, crises, gossip, and opinions forces itself upon us, we who are doomed to be “connected” through technology, in a slow drain of our subjectivity. The simple, hypnotic news animations of news from the Youtube database encapsulate our collective prurient interests, fears, and obsessions.