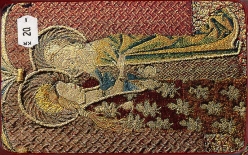 This seminar was carried out under the umbrella of the Tabakalera-driven Komunikazio-Inkomunikazio initiative, which took the work of Mikel Laboa (1934-2008) as its point of departure. Among others, the nucleus will be the series Lekeitioak that Laboa developed starting in the 1980s, based on which an intersection of various areas of work are proposed.

One of my dictionaries explains that the Spanish "desolación" (desolation) comes from the Latin "desolatio" - "desolationis" in the genitive. It also says that it was written for the first time in the year sixteen hundred and twelve, with the quill of a white goose, and that its three meanings are "loneliness, ruin and disaster". But it doesn´t say anything about the hearts of the people who are walking down the street, about you and me, about jail or the barracks yard. Questions about a common place generally tend to sound like commonplaces. In this talk we will share a reflection on the interpretation and communicability of art, while listening to a selection of audio works.

Language is inseparable from gesture Samuel Beckett polemicises about this, parsing Vico, in defence of James Joyce: ‘You complain that this stuff is not written in English. It is not written at all. It is not to be read - or rather it is not only to be read. It is to be looked at and listened to. His writing is not about something; it is that something itself.’ Joyce wrote out of a crisis of the world –war, mechanization of gestures, trigger pulls to kill – an international brew of potential language shot apart in enmities and trenches and borders. Walter Benjamin reflected on what happened to the word and storytelling in that war. How might language be the antidote to the fascist gesture – the Heil that unheals? What gestures are adequate to be something for us and what do they evoke as rhythmic gestures – for repetition is key here, if not habit?

In Laboa´s concerts there was always a point at which his collaborating musicians played a jazz standard. Laboa would stand still on stage listening to the music. This piece was normally "Round Midnight", composed in 1940 by Thelonius Monk, which went on to become one of the best-known standards in  the history of jazz. This performance that will be presented at Tabakalera aims to address not only the musical originality of Monk and Laboa, but also their stage presence – that is to say, their performativity. To reflect, for example, on the dichotomy between watching a musical performance and listening to it.