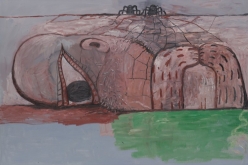 There are things that you can’t pay attention to: those that happen too fast, those that happen too slow, those that are too far away, those that are behind us, those that are too big, those that are too small. We humans only can pay attention to the things that appear at an anthropometric scale or, in other words, at the scale of our bodies. What’s happening today with “the scale of our bodies"? I very much fear that the anthropometric scale has been abolished or, at least, marginalised from our lives, and not by means of the tools of science which, beyond our noses, can fortunately measure the speed of light,  econstruct the formation of mountains, reach out to the limits of the universe or unravel a strand of DNA. This is good and desirable. Nor is it because of God's return or the social triumph of imagination and its remote solidarities. The anthropometric scale -the scale of attention- has been socially abolished by a highly technologised capitalism that dissolves bodies and their links via two simultaneous procedures: by turning them into images and by turning them into systems (as Ivan Illich would say).

What we are losing, in short, is the “hupomoné”, a Greek term that the philosopher, militant and mystic Simone Weil translated as a state of “attentive waiting”: while we wait (for the train, our boyfriend or for salvation) we pay attention to the world and its objects. Post-industrial capitalism has materially prohibited the hupomoné, it doesn’t allow waiting and always places us, therefore, beyond the threshold of attention. It has forbidden -so to speak- boredom, which is (to paraphrase a great bearded author) “the true source of all wealth”.