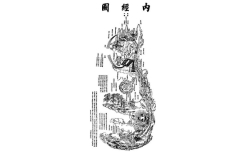 From the shape of bodies to shapeless bodies: action and adaptation in classical Chinese philosophy. Mercedes Valmisa (Gettysburg College).

Ancient Chinese philosophers dedicated much effort to the problem of action: How to act efficiently in different situations? Is it possible to have control over the consequences of our actions? How to interact with other bodies, both individual and collective? Classical China's most prominent strategy for action, that of adaptation, stems from a biological, almost Darwinian inspiration: the individual body of defined forms that is determined by and for its means. From biological observation, a normative action model is extrapolated, and in its base we find the shapeless body: the ability to deliberately adapt to the physical and psychological determinations of different means, beings, situations, and contexts. In my workshop, I will address the empirical observations (interconnection, self-sustainability, and adaptation in the natural world) that allowed classical Chinese philosophers to develop one of the history of thought's most interesting relational action patterns, which includes instructions on how to "use the mind as a mirror", "use other beings as a model", and "sit in oblivion"; ultimately, how to transform ourselves into adaptive agents with shapeless bodies and fluid identities capable of responding to any situation with a higher degree of efficiency.

How can one act voluntarily with grace and naturalness when walking, gesturing, or performing an artistic or athletic activity? Does the appetite to adopt a natural pose not require us to pose unnaturally? Many authors have demonstrated, through a moralistic or humoristic perspective, the contradiction involved in setting spontaneity or authenticity as a goal. How can one overcome the difficulties engraved in free will by remaining simple, or natural, or candid, when the mere intentional effort of holding on to these values implies moving away from them? In my workshop, I will explore some of these paradoxes, which appear repeatedly in research on what is natural, graceful, and authentic, both in western philosophy as well as Chinese thought, in order to suggest a way in which we can make optimal use of our body and our free will, being fully aware of these difficulties, while reaching this ever-elusive state of naturalness that presents itself to us as the predominant norm of ethics, aesthetics, and sport.