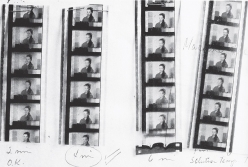 A film by Arnold Fanck and Othmar Gurtner

First documentary about the Winter Olympic Games held in 1928 in St. Moritz. Equipped with only two cameras, Arnold Fanck, the German pioneer of mountain cinema, uses several points of view and alternates information and reporting to successfully capture the atmosphere of these Games. To finish the film in the record time imposed by the UFA, the film-maker and his team achieve an extraordinary feat: editing 30,000 metres of film in seventeen days.

In 1928, twenty-five countries compete in St. Moritz, Switzerland. While many disciplines are still familiar today, others have disappeared, such as Skijoring (racing on skis pulled by horses).