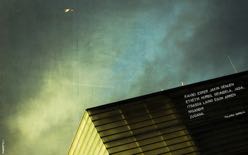 During this period, in which the image takes precedence, we will seek to link it to words. To this end, we will use creative writing. We will activate the senses, awaken emotions, link memory and imagination, and will connect word and image in a free union.

We will put short texts and various types of images on the table. All this over the course of four mornings, during the first week of the year, in a workshop atmosphere, learning from each other.

This is the timeline of the workshop:

We will talk about photographs. We will use our own and those by others. Old and new, colour and black and white photographs. The voices hiding behind the photos will emerge in a micro-story, in a poem or as a suggestive aphorism.

4 January: words and audiovisuals. The script comes before the image

We will link words and audiovisual material. We will develop a process that will start with an idea, perception, emotion or sensation to write a brief script. Or at least we will try.

We will talk again about images and audiovisual material, although precisely in the opposite direction: we will create the texts about the images.