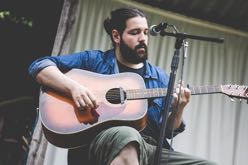 Kutxa Kultur, the platform for local amateur talent in music, art, fashion, theatre, dance and more, is delighted to offer Kutxa Kultur gauak, an activity on Saturdays in August aimed at anyone who wishes to spend a couple of magical and talentfilled hours with us in a relaxing 20:30 setting. Come along!

On the third Saturday in August, the 19th, we’ll have a performance on the terrace from Pet Fennec, a resident on the 2015 Kutxa Kultur programme.

Pet Fennec came together in London in early 2011 (previously known as Civil Love) and is an indie rock project from the Basque vocalist, composer and multi-instrumentalist Urko Eizmendi. Primarily influenced by the pop melodies of the 60s and 70s, Eizmendi produces home-made recordings which follow the DIY philosophy of groups such as Guided by Voices and Grandaddy.