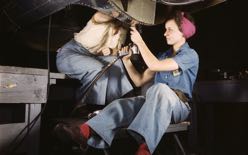 Katherine Switzer was a ground-breaker when she became the first woman to run the Boston Marathon. Do you want to destroy clichés and be a Kathrine Switzer of video games?

Enrol in this practical workshop for boys and girls where you’ll design your video game in Unity. Learn the basics of how to design and develop a video game, its storyline and components. You’ll create your own version of a classic, and that’s just the beginning. You’ll set your own target! To infinity, and beyond!

The programme for the four-day workshop is as follows:

- During the second and third days we’ll be ready to develop the legendary video game PONG in its entirety. We’ll design the environment, gameplay, player controls, AI and ball behaviour, as well as the sound effects.