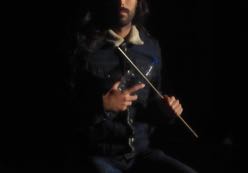 Looking for Pepe is a research process that focuses on the figure of the artist from Cordoba Pepe Espaliú (1955-1993), and seeks to be deployed through a series of pieces that address matters such as the body, language or territory.

Based on the question What would Pepe do (now) if he had my body? I start a game of variation and imagination, skimming over Pepe’s work, and I try to reveal the actions generated by my own body. Intuitive actions, apparently disconnected, which make a reference to Pepe, or not.

Mis aleatorias is a selection of these actions related to Looking for Pepe in Tabakalera Taulara. An invocation of what is yet to come.