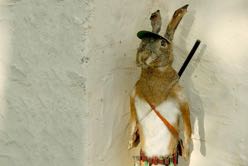 Language is a closed code and with this project we wanted to open it up to the extent of our possibilities. Words have meaning but also sound. Touching the materialness of language through and with the body. Writing and talking with it. With this work we wanted to do something really, really easy, or put another way, accessible.

To do a performance asking ourselves how a performance is "understood". In short, a piece about language and meaning, or the other way round. While we did it we saw the work of many artists, among them Los Torreznos, Esther Ferrer, Faemino y Cansado, Burrows y Fargion, Pedro Reyes, Guillem y Dutor, Isidoro Valcárcel, La hora Chanante...