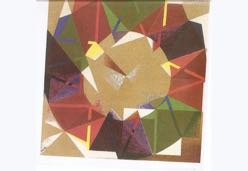 Pelayo and Nilo will review John Coltrane's song Giant Steps. With the aid of their less-than-divine bodies, two pick-ups, a sax tenor and electronic instruments they will travel the fourth floor of the Tabakalera building.

I start from one point and go as far as possible.

We play the music, not the structure. Or was it the other way round?