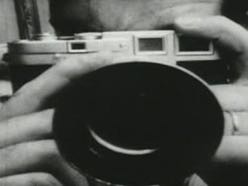 Salut les Cubains, by Agnès Varda, is a subjective film made from a selection of the thousands of photographs the director took during her visit in 1962-63, combined with Cuban music and short commentaries. The film-maker herself defined the film as "socialism and Chachachá". Ella, by veteran Danish film-maker Theodor Christensen, was the first film produced by the ICAIC to look at the position of women within the framework of the revolution.

Sara Gómez, a leading representative of the black intellectual class, was the first woman film-maker to leave her mark on Cuban cinema. Iré a Santiago is a journey in the free cinema style, about a place where "being mixed-race is a state of mind". Y tenemos sabor is an exploration journey of the exotic range of percussion instruments used in Cuban music and their origins: claves, spoons, maracas, bongos, guiros (made from gourds), cowbells and horse's jawbones. Gómez trained as a musician and her syncopated montage captures the cross-rhythms of the music, which she uses as a counterpoint.