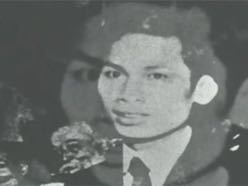 In 79 Primaveras, Santiago Álvarez offers a lyrical tribute to Ho Chi Minh. The title is a reference to the Vietnamese leader’s age at the time of his death and this is one of the most atypical biographical documentaries in the history of cinema. Pictures of the funeral are accompanied by the music of Iron Butterfly and some frames appear to burst into flame on the screen.

La Primera Carga al Machete, by Manuel Octavio Gómez, lies halfway between documentary and event. Close in time and method to Peter Watkins, Gómez filmed a famous battle in the 1868 War of Independence as if it were a modern documentary report, complete with interviews with the adversaries on both sides. In the film –which was one of a series of ICAIC productions to commemorate the wars of independence against Spain– Gómez opted for an entirely experimental approach, in both visual and narrative terms. The result is quite the opposite of conventional historical cinema, whose grandiloquence Gómez found unbearable.