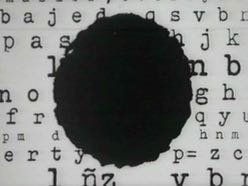 Hombres de Mal Tiempo by Argentinean director Alejandro Saderman, is a film meditation on the representation of history, in which five centenarian veterans of the war of independence come together to share their memories and instruct the actors playing the experience. LBJ, by Santiago Álvarez, is pure political satire. An astonishing piece of visual and musical montage made from found footage, with no narration or obvious message. Despegue a las 18:00, also by Santiago Álvarez, makes its intentions clear from the opening credits: "an educational, informative, political and pamphleteering film on a people in revolution, anxious and desperate to find an escape from the appalling legacy of underdevelopment". In Café Arábiga, Nicolás Guillén Landrián offers a counterpoint to Santiago Álvarez. The editing, the text-sound remix with the Beatles and the poetry of Nicolás Guillén and the abstraction of the inter-titles distance themselves from political satire, coming closer instead to a subtle poetic project. The session ends up with Sara Gómez's Isla del Tesoro, a short piece that juxtaposes the Model Prison –in which Batista had Fidel Castro imprisoned– and the production of citric fruits labelled as "Grapefruits from Treasure Island. Product of Cuba".