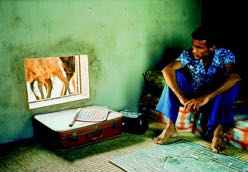 In today's Europe the “values” of democracy are once again being defended against its enemies, while wars are waged to consolidate the form of State. A vacuous liberal democracy is seeking to re-legitimise itself. However, this form of democracy, for which there are supposedly no alternatives, only serves to highlight, through the standardisation of the state of emergency, a form of authoritarian government that operates through social insecurity.

Nonetheless, countering that return to the discourses of hatred and security, we see how an increasing attempt is being made in Europe to remain faithful to the old name of democracy, rescuing it from its own history. New democratic movements have arisen that are committed to another type of movement of democratic revival; to an expanded present, updated in the practice of presentist democracy: with no homogeneised calculability, with a radical inclusion of the many and diverse incalculables –an increasingly unlimited democracy.

However, is it on the way, as Jacques Derrida suggested? Or do we need to rid ourselves of any future notion to be able to devise the presentist dimension of the democracy?

The young Abdallah meets up with his mother in Nouadhibou, as he waits to travel on to Europe. In this place of exile whose language he does not understand, he tries to decipher the universe that surrounds him: Nana, a sensual young woman who is trying to seduce him; Makan, who, like him, dreams of leaving; Maata, an old fisherman who has become an electrician, his bright young apprentice Khatra, who will help him escape his isolation by teaching him the local dialect. These communities intersect and separate, their gaze fixed on the horizon, awaiting a hypothetical happiness.