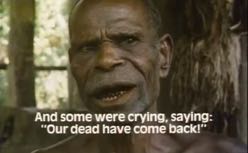 We see contemporary tourism as a process of neo-liberal reorganisation of the urban environment that cuts across technical systems, built environments, nature and everyday practice. It also involves intense, mass and sophisticated modes of producing, exploiting and consuming the city. In the continuous production of the tourist object, the role of “culture” as a factor of attraction and as a consumable “authenticity” becomes central, revealing a multitude of motivational profiles among visitors. Thus, tourism–ever more complex and mutable– not only involves the transport and displacement of human contingents from and to a wide variety of origins and destinations, but also the discourses, activities and practices developed by all the social agents involved.

These movements are managed by economic and institutional agents who seek to control much of the “industrial” workings of tourism, reaping the benefits and ignoring most of the serious social consequences caused in areas of mass tourism. Barcelona and Lisbon can be seen as examples of cities that have been devoured both by the greed of those who pursue profit at any cost and by mass consumption of spaces and images, projected by the tourist developers to feed the insatiable hunger of visitors travelling through the body of the city.

Andrés Antebi and Daniel Malet are members of Turismografias, an incipient network of researchers looking at the impact of tourism on different European capitals.

A cruise ship tours a number of villages along the river Sepik in Papua New Guinea. The protagonists are the first-world tourists, eager to purchase items of local craft, see traditional ceremonies and photograph the “savages”; and the Papuans themselves, annoyed by the tourists' attempts to haggle but willing, albeit reluctantly, to have their photographs taken to satisfy their customers. It is a caustic reflection on tourist experience, cannibalism and the real identity of the two parties in the encounter between hosts and guests.