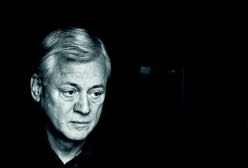 The aesthetics of German director Alexander Kluge (Halberstadt, 1932) in his TV work is a good example to help understand the possibilities which that “cinema of attractions” (Tom Gunning) offers in the context of our contemporary societies: drawing equally on the modernist collage and on the characteristic postmodern intertextuality of what Raymond Bellour would call “between-images”, Kluge's television adapts perfectly to the idea of “flow” that characterises the medium.

A flow of images and sounds which has now spread beyond the confines of the screen to colonise that new “public sphere” that is the Internet – particularly, the domains of production and consumption typified by phenomena such as YouTube, today’s “variety show”.

However, in his most recent production –the all-embracing and disproportionate Das Kapital (2008, 570’)– Kluge, seeks to bring that audio-visual flow back to the context of the early cinematograph from whence it came, albeit the content has obviously changed greatly over the last hundred years.