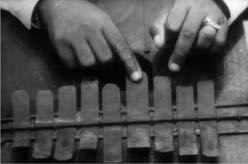 Una isla para Miguel, by Sara Gómez, is the second part of the director's trilogy on Isla de Pinos, a compassionate study on a young man from a single-parent family who has been sent to a re-education camp. The film's frankness eschews orthodox frameworks, presenting a complex approach to social marginalization. Tercer mundo, Tercera Guerra Mundial encapsulates director Julio García Espinosa’s belief that it is "impossible to question a given reality without questioning first the genre you choose to show it in". The film is as educational as it is self-conscious and comprises a whole series of documentary devices, techniques and styles. Filmed in North Vietnam, it starts out as a political documentary but progressively abandons the conventions of the genre: following a historical account, the silent testimonies of ordinary people give way to a roadmap for destruction, with the intervention and direct filming of the Vietnamese themselves, in a true paradigm of imperfect cinema.