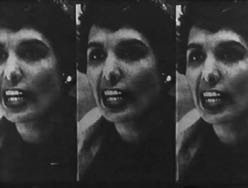 The ICAIC invited a number of foreign directors sympathetic to the revolution to spend time working in the county. One of the consequences of this programme was an exchange between the international avant-garde and the fledgling Cuban film experience. The most important of these film-makers was Joris Ivens, who chose to film the Popular Militia, rather than the Rebel Army, in order to reflect the grass-roots nature of the revolution. The confrontation in Manuel Octavio Gómez's Historia de una Batalla, is the literacy campaign of 1961. The film combines mass demonstrations, Che Guevara at the UN and the events of Playa Girón to exemplify the blend of social and political forces against which the educational campaign was framed. Ciclón, by Santiago Álvarez, is a news-reel on the passage of a devastating hurricane on the country and the subsequent rescue operations. Combining scenes shot simultaneously by numerous cameras in different locations, Álvarez begins to overcome the traditional format of the cinema news-reel. Now is a tribute to the American civil rights movement. It is a masterpiece of editing, using found footage to create the mis-en-scene of a forbidden protest song, sung by jazz singer Lena Horne.