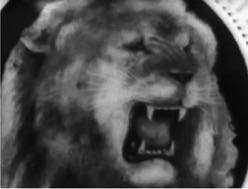 This first session in the season is intended to show the origins of the visual model for the documentary in Cuba. El Mégano, a precursor to the experience of the ICAIC, denounces the wretched conditions of coal workers in the Ciénaga de Zapata region, using a neo-realist reconstruction. La vivienda deals with the issue of urban reform, while Sexto Aniversario, as its title suggests, is a celebration of the sixth anniversary of the attack on the Moncada Barracks on 26 July, 1953. Asamblea general, by Tomás Gutiérrez Alea, depicts the great gathering at which the First Declaration of Havana was proclaimed, using the ideas of free cinema. Noticiero 49, by Santiago Álvarez is about the celebration of a Czech Film Festival in Havana, the first screening of a film on Cuba by veteran Soviet documentary maker Romaní Karmen and the ICAIC's nationalisation of US film distributors, copies of whose films were to form a film archive and image laboratory which could be accessed free of charge.