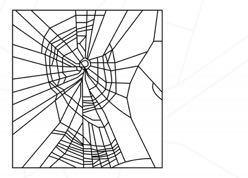 A talk by Jorge Hurtado

The following extract from the Legend of Coca explains the reasons why the gods gave the coca plant to the people of the Andes:

…they shall obtain love for their pain
food for their body
and light for their mind
but if the executioner from the north,
the white conqueror,
the gold seeker
should touch it…
he shall find only
poison for his body and madness for his mind.

The key elements of the legend are: pain, nutrition, and knowledge, all features that have been central to human history and which are surprisingly closely related to coca and its best-known derivative, cocaine.
The coca leaf has proved to be one of the most complete of all foodstuffs; during the period of Spanish colonisation, slaves were fed practically nothing else but coca.

Its alkaloid, cocaine, was the first anaesthetic, and it changed the course of medicine; the same molecule has had a decisive influence on both art and knowledge, since it is acknowledged as playing an important part in the discovery of psychoanalysis. Finally, the indiscriminate use of cocaine by sensitive subjects is very closely linked to madness, acting like a poison.