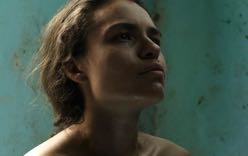 Oscuro animal tells the tale of a voyage from the jungle to the city by three women obliged to flee from the harrassment of Colombia’s rural war. Each will undertake her own journey in search of peace and quiet. Arriving in Bogotá, they will draw breath before tackling the new period of their lost lives.

Making his fictional debut is Felipe Guerrero (Colombia, 1975), author of the documentaries Paraíso (2006) and Corta (2012), both of which have enjoyed an intense international track record.  The film was premiered at Rotterdam, landing the FIPRESCI Prize at the T-Mobile New Horizons IFF and awards in the categories of Best Ibero-American Film, Best Director, Best Actress (shared by the three cast headliners) and Best Cinematography at the Guadalajara Festival.