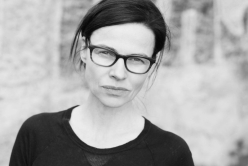 Let's start with the end: The Golden Bear for Best Director at the last Berlinale went to the German Angela Schanelec. To understand the scale of such an award, we merely have to remember the three names that preceded her in the prize: Wes Anderson (Isle of Dogs, 2018), Aki Kaurismäki (Toivon tuolla puolen, 2017), and Mia Hansen-Løve (L'avenir, 2016). The Golden Bear only confirmed what many international film festivals (Cannes, Venice, Berlin, Locarno, etc.) had been saying for many years: Angela Schanelec is one of those figures that must be closely followed to be able to keep up with the new proposals for the future of European auteur cinema. With almost 25 years of history behind it, the Berlin award has helped to underscore the talent of this director and also to reposition her work, which is now being looked at comprehensively in this edition of the focus series.

Born in the south of Germany in 1962, Schanelec first studied to be an actress in Frankfurt am Main, participating in the Thalia Theatre of Hamburg and the Schaubühne of Berlin. This stage of her career in the theatre is important to be able to understand her subsequent work as a director; especially her unique concept of space and naturalism as applied to her performances. Next, she went to Berlin, where she studied cinema directing at the German Film and Television Academy.

This is when we must remember the great Fassbinder, who will also be featured on our screens these months. His death in 1982 marked the end of what was then known as the “New German Cinema”. That was also when the names of Alexander Kluge, Win Wenders, and Werner Herzog began to become more popular on multiple fronts, bringing about another possible generation of German cinema and having a presence at international film festivals.

Whenever these reviews of backgrounds and affiliations are made, the next generation must be considered. Who were the new filmmakers that began to stand out with the new century? The specialised press called that movement “The Berlin School”, but it was not a school and Berlin was not the centre of everything – although it was where many of the directors had trained. Here, the name of Angela Schanelec can be found next to figures such as Christian Petzold, Maren Ade, Valeska Grisebach, Thomas Arslan, Ulrich Köhler, Christoph Hochhäusler, Henner Winckler, and Benjamin Heisenberg.

The word “radical” comes from the Latin radicalis , which means “of or pertaining to the root”. Angela Schanelec is a radical director. A director who looks for and explores the tools for a new cinema in the origin of cinematographic language. The aim is to subvert certain established codes. The idea is to raise the real possibility of generating a single fiction film genre based on the most basic elements: open observation, non-hegemonic structures, the importance of the sequence/space, narratives far from the casual and chronological, and a search for moments that are visually captivating in the middle of the mundane: a swim in a river, a conversation in a park, a night-time walk, a hand resting atop another hand in a clearing in a forest, or an unexpected meeting between two old friends many years later in the streets of a European city.

Now, the title: Angela Schanelec: Cinema for a Radical Audience.

Currently, Schanelec is a professor of film narrative at the Hamburg University of Fine Arts.

During October, November and December we will dedicate 9 sessions to Angela Schanelec's films and a Carte Blanche in which she will choose two works from the history of cinema that have been fundamental in her career.​