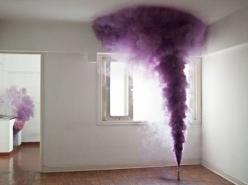 In the context of the project: Ariketak, la segunda respiración, Tabakalera proposes an international seminar aimed to continue reflecting on exercise from the prism of artistic practices and critical theory. In collaboration with the Vienna Academy of Fine Arts, the seminar will be a platform for reflection and debate and a meeting between the artists Agency (Kobe Matthys), Jon Mikel Euba, Lili Reynaud-Dewar and Camila Sposati who will take part in the exhibition that will take place in Tabakalera in 2020, under the same title: Cybernetics of the poor: tutorials, scores and exercises, curated by Diedrich Diederichsen and Oier Etxeberria.

The seminar is divided into two parts: the first will take place in April 12-13 at Tabakalera (Donostia-San Sebastián) and the second at the Faculty of Art History and Cultural Studies (Vienna-Austria) in May 17-18.

We are governed, planned, anticipated. Since more than half a century the various forms and stages of cybernetics determine our life and redefine acting. Born in the age of the revolt – the existentialist fifties – cybernetics ended the idea and the possibility of the singular heroic act (revolt) once and for all. In the beginning a military episteme to anticipate the movements of enemies and targets, later a/the technique of governmentality from traffic planning to general surveillance, it has now become the dominant and ever expansive business model of algorithmic capitalism - and also a full-fledged quasi-metaphysical worldview.

Artists do not have the resources to stop or interrupt cybernetics, they only have their own tools and insights – the weapons of a cybernetics of the poor, a folk-cybernetics. They test and stage behavior, exercises, movements that can move without the data machinery, the military apparatuses of the dominant power structures. They have to help themselves by using their knowledge of poetry and aesthetics. Especially repetition, insistence, aggression have been proven successful in this otherwise very romantic vision of artistic alterity.