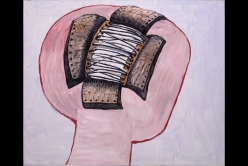 Difficulty concentrating on a single activity during a sustained period of time; hyperconnected, hyperstimulated and hypersexualised children; neurological disorders and medical solutions; visibility as the most precious asset, as a fierce competition between industries is played out in our heads ... Today, attention is a central issue in many phenomena, tendencies and powers.

Everywhere people talk about the “attention crisis” that comes with the new technologies, “multitasking” as a way of working, the bombarding of stimuli or the precariousness that forces us to skip from one thing to another, without continuity, without duration, without time.

Do we live a time of “anthropological mutation”, of redefinition of the human? Is it political, is it cultural, is it technological, is it good, is it bad, is it inevitable, and can it be changed? From neurosciences to psychology, from the cinema to meditation, the challenges of attention are brought to the fore as a daily problem. What do we pay attention to? Can it be managed autonomously? Is it true that this capacity is being eroded, and that we are becoming more superficial day by day? Or perhaps it is just transforming into another type of attention, one which is more agile, more polyphonic?

The neurosciences tell us about a plastic brain, which influences and is influenced by the environment until the end of our lives. Psychologists argue about the existence of ADD: is it a new pathology or just a new market niche? Teachers complain about the distraction that is the order of the day in the classrooms, but what if it is a new attention regime that we have to learn to deal with? In the world of art, meditation and therapy practices and exercises are proposed to recover attention: to revitalise, retrain and revive it. What do they consist of?

If we think of attention as a discipline of desire, we notice that today our very desire is in danger: overloaded and interrupted – electrocuted. We are talking about our ability to love people, relationships, processes and things; in short, the pure pleasure of living. To educate a boy or a girl, give a class, read, watch or make a film, be part of an affective relationship, enjoy silence, think, and more. In all the most mundane situations in our everyday lives a strange battle is being fought between the forces that electrocute and the forces that retrain.

This year-long seminar, part of the project “Ariketak: the second breath”, aims to approach the problem of attention from different angles: childhood, motherhood, gender, philosophy, psychology, science, pedagogy, art and politics. But always taking the side of the forces that revitalise, revolve and renew.